Yes, I may be the most outdated person re: really good movies. There just isn’t a lot of time–I dedicate most of my time either reading, writing or watching TV shows (because they’re shorter and you don’t have to finish it all it one go to “finish it”). But I was really curious about Stoker and Gravity because they were movies I’d resolved to go see in the cinemas and then didn’t get to catch while they were in the cinemas because they always seemed to fall on finals week or the week before finals week (which is worse, actually) or (in the case of Stoker) it only showed for an uber short period and then *poof* gone-gagonegonegone.

So, ya know. Buti nalang may U-Torrent. Hahaha But yeah, I watched these two movies recently and they are fucking amazing. In retrospect, I absolutely regret not having gone to the cinemas–finals week or no, I think giving up an hour or two to see these films on the big screen would’ve been worth it. Below are a couple of thoughts on the movies, torrents and some almost completely unrelated poetry.

Okay. So. I loved everything about this movie. The cinematography was beautiful and the story was paced really well. It’s a little gory but I feel like this is what a true blue horror flick is supposed to be like. It’s supposed to get you super fucking invested and then snap your neck with a belt while you’re having sex (HAHA go watch it). This movie is insane! The fact that it’s shot in such a serene palette just drives me crazy. The creepiness and suspense is so subtle. Plus, Mia Wasikowska and Matthew Goode are both people who are able to present themselves as incredibly likeable. Without giving anything away, I must say that the thing which scared me the most about this movie was that I was rooting for them pretty much up until the very end. Oh, and conversely, the same thing must be said about Nicole Kidman’s ability to present herself as a real bitch–so much so that even if she’s right, you hate her character anyway. 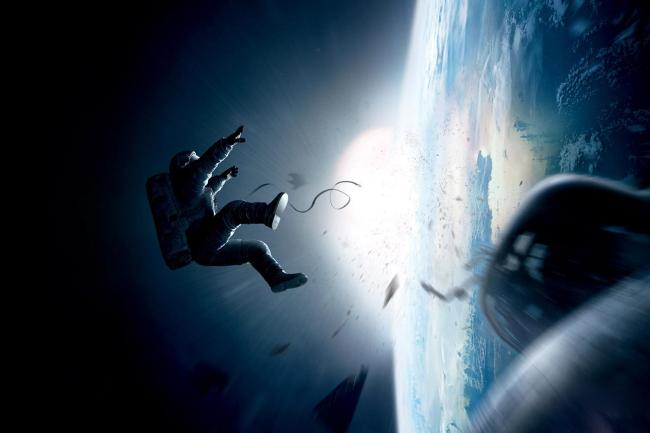 So much has already been said about this movie–about the cinematography, the story, etc. and so I feel like all I can really talk about is how it made me feel. I feel like Alphonso Cuaron is one man who really knows how to break people’s hearts (Great Expectations made me want to sleep for a year) and I think that that is, to a certain extent, one of the best talents a story-teller can possess: second only to being able to make people laugh.

Before this movie, I don’t think I’d ever cried for two hours straight (although after it, I watched The Book Theif and that came pretty close hahaha). The pace and the little touches are beautiful–the intricacies of the details were incredibly well thought out and the dialogue–crazy. The dialogue just crushes your heart into a tiny mountain of cocaine.

3. These poems by Adrienne Rich

Last week, one of the things  I had to do at work was put together a class on the basics of poetry, which of course includes providing readings or examples of the points about poetry that the course is trying to make about poems. Because I primarily read prose (most of the poems I’ve read are recommendations from poet friends or are things which I’ve stumbled upon accidentally), I had to do more research for this than the other classes I’ve had to work on. I realized that most of the poets I liked were all male (Poe, Strand, Pound, Collins, Frost) or else were all spoken word poets–apart from Gwendolyn Brooks and Mary Karr , I really hadn’t read a lot of work by female poets. So, yeah. I googled them! I liked a couple of other things by other writers too like Sharon Olds and Louise Gluck but I liked Adrienne Rich the most. I read a lot of her poems in order to get a feel of what her work was like but this one was my favorite.

A conversation begins
with a lie. And each

speaker of the so-called common language feels
the ice-floe split, the drift apart

as if powerless, as if up against
a force of nature

A poem can begin
with a lie. And be torn up.

A conversation has other laws
recharges itself with its own

false energy. Cannot be torn
up. Infiltrates our blood. Repeats itself.

Inscribes with its unreturning stylus
the isolation it denies.

The classical music station
playing hour upon hour in the apartment

the syllables uttering
the old script over and over

twisting the dials to drown the terror
beneath the unsaid word

The technology of science
The rituals, the etiquette

of words or music or even
raw sounds

Silence can be a plan
rigorously executed

the blueprint to a life

It is a presence
it has a history a form

Do not confuse it
with any kind of absence

How calm, how inoffensive these words
begin to seem to me

without wounding myself or you
there is enough pain here

This is why the classical or the jazz music station plays?
to give a ground of meaning to our pain?

The silence that strips bare:
In Dreyer’s Passion of Joan

of a night through which two people
have talked till dawn

The scream
of an illegitimate voice

It has ceased to hear itself, therefore
it asks itself

How do I exist?

It was an old theme even for me:
Language cannot do everything–

It if could simply look you in the face
with naked eyeballs, not letting you turn

till you, and I who long to make this thing,
were finally clarified together in its stare

No. Let me have this dust,
these pale clouds dourly lingering, these words

moving with ferocious accuracy
like the blind child’s fingers

or the newborn infant’s mouth
violent with hunger

No one can give me, I have long ago
taken this method

like the Eleusinian hierophant
holding up a simple ear of grain

are these words, these whispers, these conversations
from which time after time the truth breaks moist and green

I got home last night from a fun night of eating on the grass, drinking beer and eating cupcakes with two of my best friends and all I wanted to do was watch the second season of Kuroshitsuji. But noooooo. Nooooooooooo. All my anime torrents were in the old hard disk of my computer–irrecoverable, 0% function, a hopeless prognosis. So. 38% whyyy. I got so desperate I actually tried to see which episodes had already completed in the 38% that was downloaded–alas, they were all episodes I’d already seen. So I had to resort to reading the Kuroshitsuji II wiki.

Uhhhh. Not the same thing. Although I guess this might be a good thing because the thing about animes like Black Butler is that they’re really easy to watch: unlike say, Shingeki or Psycho-Pass or even Fushigiyuugi or El Hazard or the Samurai X OVAs where there are a lot of jarring, painful things which happen with this you can just sort of relax and let the story unfold. Not because tragic things don’t happen (they do) but because you trust the butler to sort things out–which is why we know the way this anime ends is going to be painful. Let me revise my earlier thesis statement: if something can make you laugh, it can break your heart.

I am also mourning the loss of my Psycho Pass torrents because I was planning to re-watch the entire thing before the second season/movie trailer came out. But, oh well. I guess there’s always the option of re-downloading everything. D: If anyone has the complete seasons of these things please let me know!

I ended up (after leaving that very informative wiki page) re-watching the entire Season 3 of GIRLS. Not a very good idea, either. HAHAHA It’s just not the kind of show you marathon.

Well, lesson learned: BACK UP THOSE GEDDEM FILES!

View all posts by winawonders